Approximately 30% of the Earth’s crust is silicon (Si), and after oxygen it’s the most abundant element.  Even so, very little of what is found in soil is in a form that plants can utilize.  On average, only about ½ to 1 pound per acre releases to become plant available during any single growing season.  Historically ignored as an agronomic nutrient, more recent research has strongly indicated that perhaps Si may play an important role in several significant areas of plant nutrition and overall physiological activity.

One example states, “Recent studies into the mechanisms by which silification proceeds have identified the following: an energy-dependent Si transporter; Si as a biologically active element triggering natural defense mechanisms; and the means by which abiotic toxicities are alleviated by silica.  Understanding of the effect of the ‘element’ on plant growth may lead to improved yields and resistance to disease for a wide range of higher plants.”  (Heather A. Currie & Carole C. Perry, Biomolecular and Materials Interface Research Group, School of Science and Technology, Nottingham Trent University, 2007)

What does silicon do in plants?

Based upon amounts found in plant tissue Si is beginning to be recognized as perhaps fitting into plant nutritional requirements with other secondary nutrients, calcium magnesium and sulfur.

Although vine crops are currently known as the greatest accumulators, all plants take up silicon and use it in the construction of cell walls which greatly contribute to a plant’s structural strength.  “Plants deprived of Si are often weaker structurally”, (Epstein 1999).  Increasing available (soluble) Si directly increases the amount deposited in cell walls.  It then becomes part of the wall matrix; making them stronger.  In addition to this structural role, Si appears to protect plants from both insect attack, and specific disease, plus aiding the plant’s ability to withstand environmental stress. 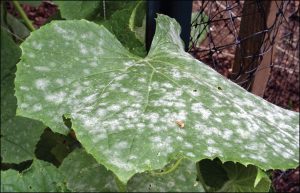 Are you or have you been Si deficient?

It’s difficult to look at a crop and say that it is Si deficient.  Increased lodging and susceptibility to powdery mildew could be one indicator.  A greater number of labs are offering Si testing now, so contact your laboratory to see if they are able to include Si levels in your testing package.

SiGuard is a soluble powder containing 84% available silicate.  Foliar applications at ½ – 2 teaspoon per gallon will provide a coating activity that supports the activity of pesticides in managing specific insects, mites and plant diseases.  Application through fertigation or drenches at a rate of 8-12 oz. per acre applied every 7-14 days along with other plant nutrients will substantially boost plant Si tissue levels.

SiMag 58 is a soluble powder containing chelated Mg combined with potassium silicate providing 5% K, 5% Mg, plus 8% Si.  The Mg is highly available both through foliar applications and fertigated.  While some Si will move into plant tissue translaminarly, fertigation is the best way to build plant Si levels.

SiMag 58 is packaged in convenient 4 pound gasketed pails.  Typical application rates are 1-2 teaspoon per gallon of foliar solution and 8-12 oz. per acre fertigated.

The chelated Mg in SiMag 8 is the ideal solution to quickly solve low Mg tissue levels.  Combining foliar applications with fertigation will rapidly repair low Mg levels.  Low Mg levels are very common in tomatoes, melons and other produce crops.  Bringing tissue levels of Mg into balance with Ca and K can greatly improve fruit quality and plant vigor.  If additional Mg is not needed, then SiGuard is your Si material of choice. 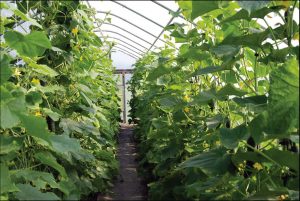 Industry research shows adding silicon to potting mixes imrpvoed the overall health of plants, prompting the American Plant Food Control Officials to look at silicon in “a new way” and endorse it as a beneficial substance.  SiGuard can be added as part of an artificial potting mixture for use in planting seeds and/or cuttings for transplanting.  The recommended rate is 8 ounces per cubic yard of growing medium.  Industry research indicates that adding silicate to the growing environment as early as possible followed by subsequent applications provides the greatest benefits.  SiGuard may also be used as a “drench” for seedlings at a rate of 8-12 ounces per 100 gallons of drench solution.  (Calibrochoa and/or petunias require rather large amounts of magnesium for optimal growth.  If growing these flowers, it is advisable to replace SiGuard with SiMag 58).